In a world of entanglements and one night stands, the topic of commitment to another human definitely seems to be lost in the sauce somewhere. But why?

To give you some context, here’s a quick real life scenario. Recently, the daughter of Xscape singer Tiny Harris and former member of OMG Girls, Zonnique Pullins, exclusively revealed to People.com that she was pregnant with her first child. While many congratulated the soon-to-be mother, many also questioned why she would settle for being a “baby mama” versus a wife first. Zonnique then responded by saying that marriage “is an even bigger commitment than a baby.”

HOLD UP! WAIT A MINUTE!! Zonnique, baby girl, I was rooting for you until you said this dumb s***! But I digress. Let me explain the issue I have with this statement.

When it comes to committing to a marriage or having children together, the difference is that a child is a LIFETIME commitment. You can’t wake up one morning and say “I don’t want a kid anymore.” It doesn’t work like that. This is a human being whom you have to groom for the harsh world. You have to teach them morals and standards. When it comes to a marriage, yes, it is constant work! But if it doesn’t work out, God-forbid, you can always get a divorce.

The underlying issue I see in this generation is that getting married is no longer many of our goals. Many of us would rather have a baby or multiple babies with different partners, than to actually settle down and get married. What happened to the process of courting someone and falling in love and planning a future together? Rarely do we hear of millennials being married for more than 5 years and that is so disappointing to hear.

Am I the only one that doesn’t date just to date? And if that’s your intention, state that from the beginning. It’s wrong to lead someone on, giving them false hope of a future with you when that is not what you want.

Everyone is striving to be an independent boss so much that we don’t have time to be dependent on someone in a relationship. No longer do woman want to stay home and take care of the children. They’re bosses making their own money, buying their own clothes, paying their own bills, and fully independent. This in itself should be applauded because it was only 100 years ago that women even received the right to vote. However, you can be fully independent and still want to have a man and/or woman you’d love to grow old with.

For men, we need to stop these gender roles. Yes, we want to be providers, but sometimes we also need to wash the dishes, cook, and take care of the kids. We are no longer living in the 1950’s.

This is a new era where men and women are fighting for equality, but the thing that should stay consistent is love and commitment to our partners. There is beauty in experiencing a loving, happy union that produces offspring’s to create a family unit. Granted, many of us grew up in single parent households. And it is common to recreate the reality that we grew up in, enhancing the domino effect for every upcoming generation.

Though this may be reality, we should not see marriage as a burden or a bigger commitment than a baby because, again, kids are forever.

SN: Shout out to all the single parents out there! Keep doing the d*** thing! 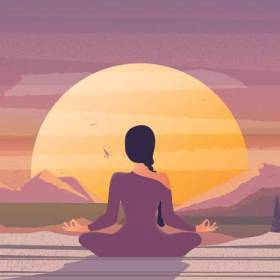 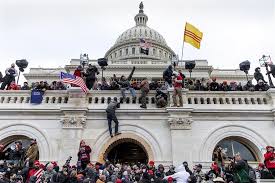